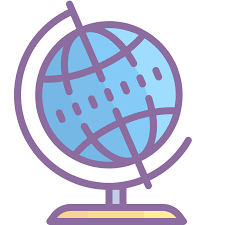 The Earth's surface is composed of rigid plates that move relative to each other. The plates have three main motions, and each one has different results.
1) When two plates collide, one may be forced under the other causing ocean trenches, volcanic islands, and mountain ranges.
2) When two plates move away from each other, rifts occur. In the ocean, this process is called sea floor spreading, and on land rift valleys are formed.
3) When two plates slide past each other, there are faults.
Features such as volcanoes and earthquakes exist mainly along the plate boundaries. Most moons and some planets have many impact craters, however these are rare features on Earth.